A rogue and a soldier- who were the Ingertons of Australia? 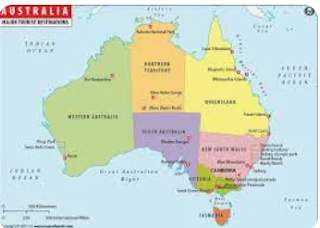 Early Arrivals: The first recorded arrival of Ingertons into Australia was the arrival of John Ingerton, 50 year old farmer from Ireland and his wife Eliza. They sailed on the ship Champion of the Scot from Liverpool to Melbourne arriving in March 1857. Nothing is known of their origins and there are no further mentions of them in Australian records. Where did they come from and where did they go????? ...and who are the following? Ingerton John          born 1842     Sailed from Melbourne to London 1869 Ingerton (male)     born 1853      Sailed from Adelaide to Melbourne 1878-9 Ingerton J                 born 1861      Sailed from Sydney to Melbourne 1891 DC Ingerton          paid in Perth WA in February 1895 as a policeman To NZ via Australia: I believe that the following Australian arrivals and departures relate to Thomas John Ingerton  (1867 - 1924) who emigrated from Leeds to Wellington New Zealand- these records would suggest he arrived in New Zealand via Australia. Ingerton To
Post a Comment
Read more

From Roscrea to Wellington (via Leeds)- Ingertons in New Zealand

From Roscrea to Wellington (via Leeds)  Ingertons in New Zealand Roscrea is a market town in northern Tipperary, Ireland. It has about five and half thousand inhabitants today and it had a similar number in 1821.  It is one of the oldest towns in Ireland.  It has always been an important trading town as it was located on an ancient highway. It was also home to families of Hingertys and Hingertons..... some of whom become Ingertons. Wikipedia We have no birth or baptism record for Thomas Hingerton but he is believed to have been born about 1810/1815 in Roscrea, Tipperary (according to later records).  When he married Anne McDonnell in Roscrea in 1827 he was known by the surname HINGERTON. In the years 1847, 1848, 1851 and 1853 Thomas was listed in the Griffiths Valuation as leasing land to farm in the Loughpark, Roscrea area- he is listed as HINGERTON. However, when two of his sons were born (John 1835 and Thomas 1839), Thomas and the sons were listed as HINGERTY on the Baptismal reco
Post a Comment
Read more

Immigration to Australia 1841- Myths and Misconceptions 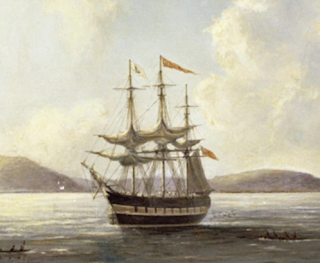 "My" John Hingerty of Templemore, Tipperary, Ireland sailed from Plymouth in October 1840 arriving in Sydney in February 1841 on the ship the Jane Gifford. John, and his fellow 257 passengers, were "Bounty Immigrants" having been recruited and paid for by the Immigration Agent John Marshall- what did that mean? A very short history of white immigration to Australia pre 1841. The first European people to come to Australia to stay (not just explore and map and then leave) were convicts and their gaolers. Prior to 1824, it was a crime to 'seduce' an artisan to emigrate to Australia. Only convicts, approved families of convicts and their gaolers were allowed in. From the mid 1820s, it was decided that it would be a good idea to encourage 'men of means' to assist in the development of the fledgling colony. Such men were given large free land grants on their arrival. Labour was supplied by convicts and ex-convicts. These policies resulted in a gross gende
1 comment
Read more

What is your Relationship to Mary MacKillop? John Hingerty (1813?- 1889) married Isabella McDonald in Goulburn, New South Wales in 1845.  Isabella had migrated from Scotland in 1839 on the ship "The British King" with her grandparents, parents, siblings and many other relations- everyone on the ship was related. It has long been believed that Isabella was related to the first Australian saint, Mary MacKillop. In this guest post, Isabella and John descendant Carmel Peek explores this relationship.
Post a Comment
Read more

Who are the Ingertons of the USA? 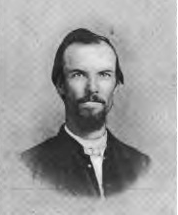 Lt William Henry INGERTON 1835-1864 Ingerton is a very rare surname.   Forebears.io estimates: According to Forebears, Ingertons are also found in Ireland, UK and New Zealand. The Irish historian John Grenham notes that no Ingertons are listed in  the Griffiths Valuations of Ireland in the mid 1850s. He links the name to the surnames Hingerton and Hingerty.  As was discussed in a previous blog post  Hingerty, Hingerton, Ingerton- Are they related?  the three names often intertwine, especially back in Ireland in earlier years. This blog post will document Ingertons who moved out of Ireland and emigrated to the USA with a focus on the possibility of Ingerton namebearers from these family lines being alive in the USA today. Connecticut and Ohio-   Cornelius The story of Cornelius has already been told in the previous blogpost concerning the relationship between the surnames Hingerty/Hingerton/Ingerton........ Cornelius and Winnie had three sons and three daughters It looks like there are
Post a Comment
Read more
More posts